The Music Channel with Dengue Fever

Zac Holtzman and his brother Ethan Holtzman had been the core originators of the musical Dengue Fever concept in which this interesting custom built double neck guitar is playing a special role as explained within the video interview by Senon Williams who had been with the band pretty much since their first days. 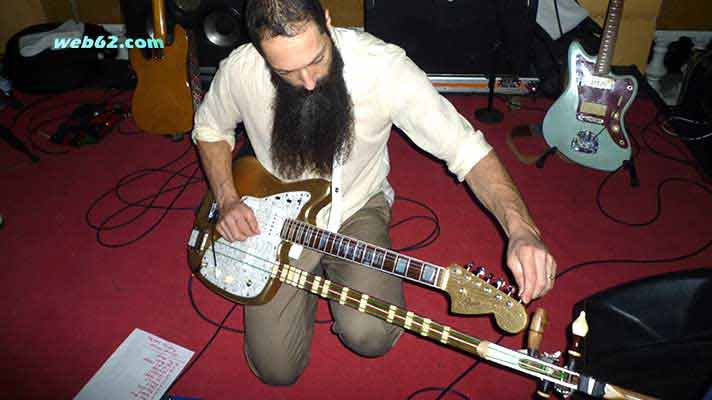 A Fender Jazzmaster on top and a Cambodian Chapei Dong Veng have been especially built for Zac and it is called the Masterdong. 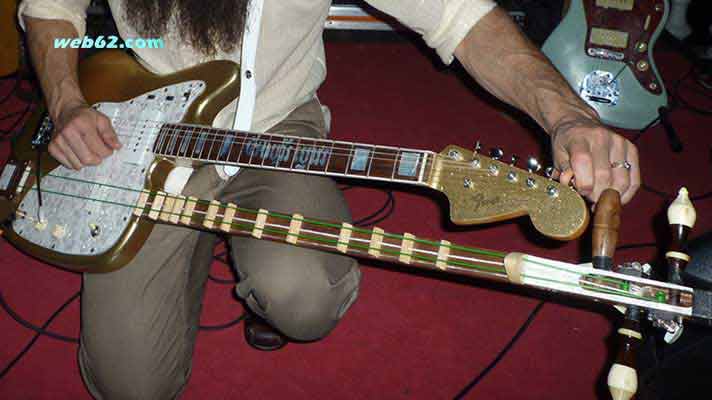 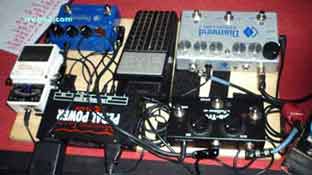 Interesting guitar effect are supporting the sound of Dengue Fever.