The Crazy World of Arthur Brown

Many people must have heard this incredibly mad sounding voice grumbling " I am the god of Hell Fire and I`ll bring You ... Fire".

The man behind that tune has called himself "The Crazy World of Arthur Brown" and he was supported by no one lee than the legendary Atomic Rooster keyboarder Vincent Crane.

But all had been something like a classic one hit wonder in the seventies with a song that was called "Fire", which was big on countless dancefloors and at all pop driven radio stations for a long long time, and what had almost been the entire story.

Except for two notes.

Besides his Pop like smash hit Arthur Brown had also released a truly weird, but cultish Underground Album called the "intergalactic Cosmic Zoo" which has made it to the level of being a true collectors item.

The other interesting aspect had been another probably not so popular release and some new public appearance at NFL Europe`s Football squad Rhein Fire, where the audience certainly had no problems at all with Brown`s hit single with their team. But who knows, perhaps one day another smash or cult may happen for the man with the Fire on his head. 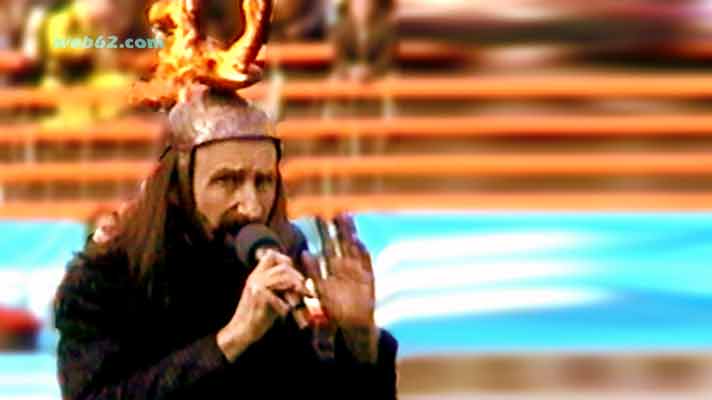 The crazy World of Arthur Brown