Mike Jones had not shown much confidence in the arms of his quarterbacks and that's why it was up to his great running backs to decide the game with 269 yards gain and 2 TDs while the Admirals were only allowed some 109 yards. 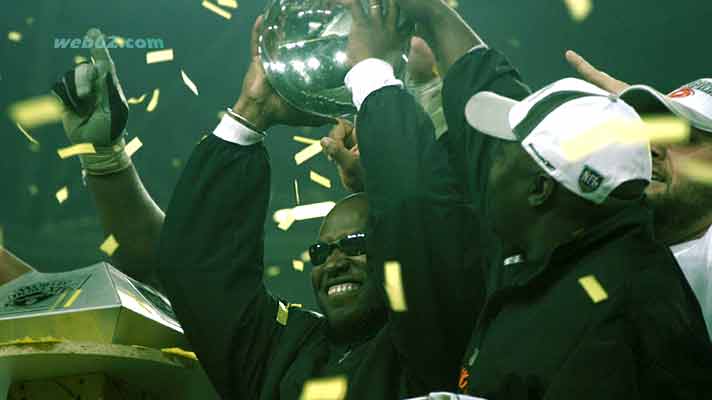 Mike Jones had already won two World Bowl rings under Galen Hall and certainly the 2006 title had been one of the career highlights for the former Vikings receiver, who had also earned the head coach of the year honors.

Jamaican born Atari Bigby had been on his way to a tremendous career in the NFL. During the game he had shown 3 tackles, 1 assist and 1 forced fumble, what had made him one of the best Admirals. 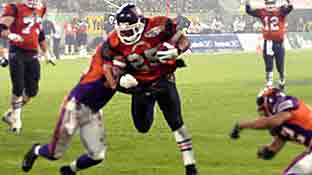 Running back Larry Croom had emerged as the most impressive force for the Admirals by having scored the first TD of the game after a 12 yards run as a part of his 14 carries for 82 yards. 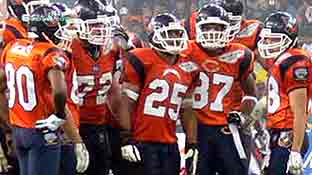 Offensively the Admirals had come to 25 minutes possession time and many of their plays were centered around Larry Croom.

Obviously Bart Andrus was missing the injured Seahawks quarterback Gibran Hamden, who had teamed so well with Skyler Fulton throughout the season. 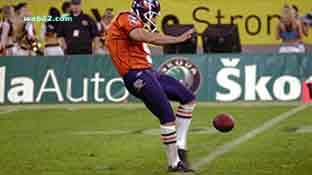 Glenn Pakulak had helped his Admirals with 6 punts for 272 yards and in 2008 he found work at the Saints. 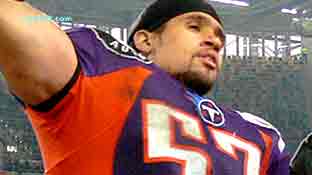 Linebacker Jared Newberry had been the best defender with 6 tackles. 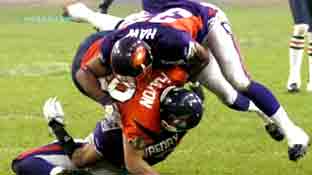 Galaxy CB Brandon Haw had shown 2 tackles and 1 assist during the game as well as 1 fine interception for 27 yards. 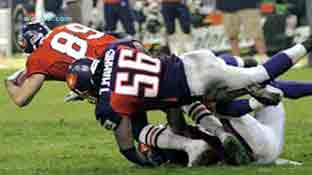