Fairly unimpressive were the quarterbacks on both sides, where the Galaxy had Bryson Spinner and Jeff Otis on the case, who had completed as little as 7 from 19 passes for 75 yards. 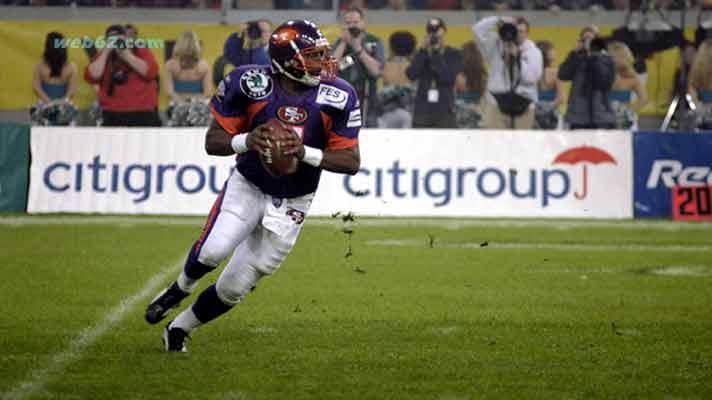 After the loss at the Admirals Mike Jones had said, that you can't put on Spinner and in the World Bowl he got rewarded by his qb with 2 from 7 passes completed for 43 yards in addition to 2 rushing attempts for 10 yards.

After the season Jared Allen had difficulties in landing a job in the NFL and meanwhile he has gone into coaching.

With 19 receptions for 91 yards Roger Robinson had been the second best rusher of the Galaxy though he was stopped early by an injury. 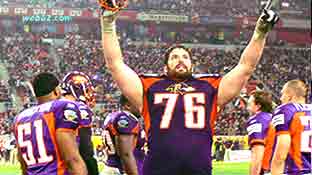 Right tackle Rob Droege had been a regular starter at the 2006 Galaxy and in the NFL he had been on two teams. 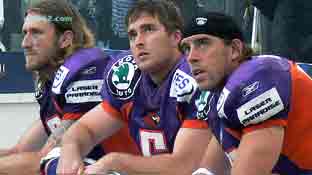 Quarterback Jeff Otis had to play it mainly safe by giving the ball to the way more efficient running backs.