10 years on the case around the NFL Europe and having analyzed games and players with legends such as Troy Aikman, Mark Schlereth, Daryl Johnston and many others have made Nick Halling the most competent European NFL expert.

Privately he is a fan of the Steelers and doing interviews with him had always been a great pleasure.

In addition it is impossible to find any European tribe with a higher level in Sports coverage, than the Brits, who have come up with the best of the best in front of the cameras.

Meanwhile Nick Halling has also gone a bit deeper into boxing and other sports while he seems to be one of the most recognized sport presenters on British Television. 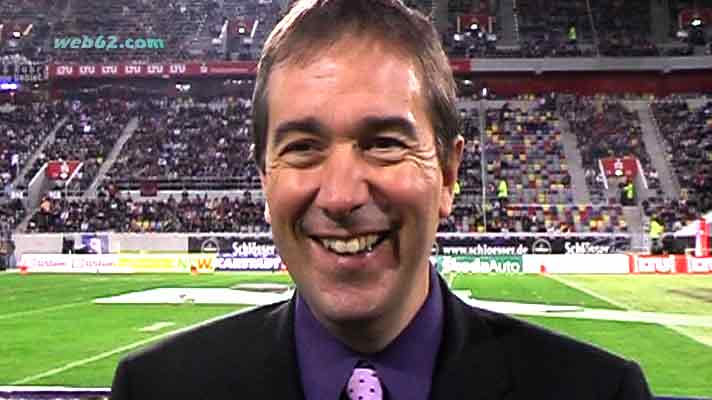 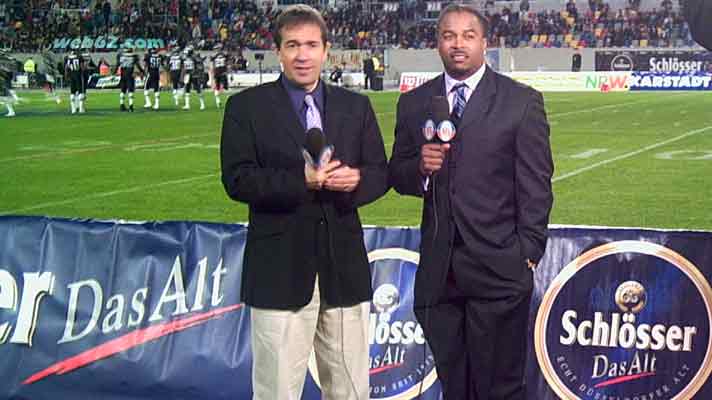 Nick Halling on the case

Impressive is the amount of NFL legends, who have been working with Nick Halling over the years.