Girls in Myanmar have a tough life as the country is poor and good jobs are rare.

Often they get kidnapped and raped by the military or police, which is also selling them to human traffic gangs that are delivering trailer loads to Thailand's biggest brothel operators.

4 Kachin girls who reported a local court that they were gang-raped by urmese soldiers, were countersued and sent to northern Puta-O jail.

The girls were allegedly raped by a group of soldiers from Battalion - 138 commanded by Lieutenant Soe Win while the girls were on their way home from a karaoke shop. The girls’ parents reported the alleged rape to the local court but instead of taking action against the soldiers, the authorities sued the girls with ten counts including prostitution and imprisoned them, according to someone close to the girls.

It occurred at the Sanin shop. Then they went to a place called Doketan about two miles away.

They were snatched on their way.

It (the alleged rape) happened at the army camp two furlongs away from Doketan.

The karaoke shop is not like the ones in developed Western countries. There is a TV monitor, and the video player.

They just went there to sing and came home. There is nothing sleazy about it, just sing and come home.

The officer was not involved in the rape but the girls were raped by his soldiers. The girls were sentenced on 9 (April). They are to be transferred to Mandalay Jail, but we haven't heard whether they have been transferred or not.

The girls are said to be between 14 and 16 years old from the Rawan clan. 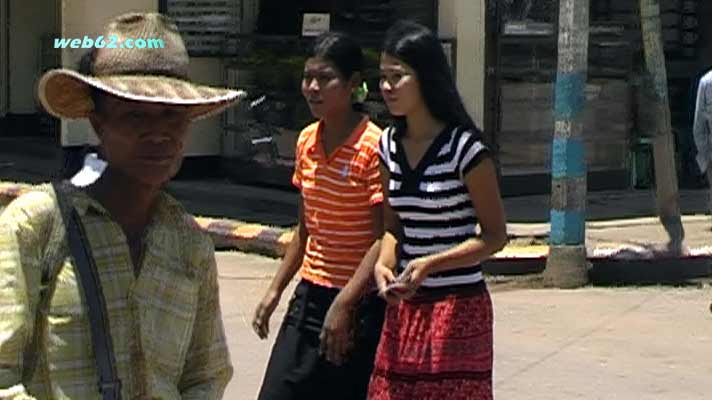 Many girls from Myanmar get sent by their poor families to Thailand in order to make some money in brothels.

But the Thai authorities catch a lot of these poor Burmese girls who have an HIV infection rate of up to 70% by the time they get deported.

There are rumors circulating which say, that the police in Burma is killing HIV infected prostitutes right away. 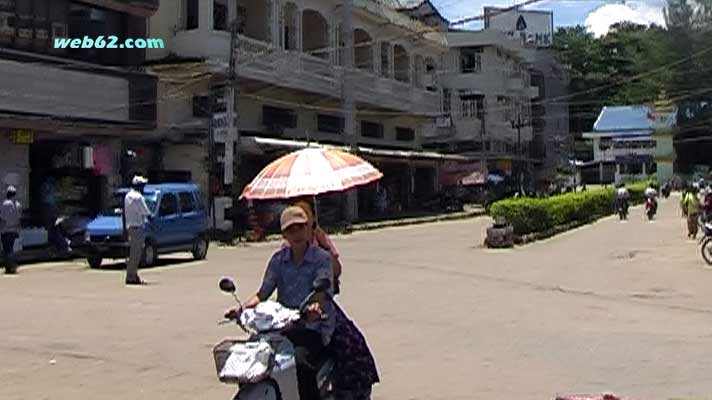 Umbrellas are a most popular part of female outfits even when riding on a scooter or on a ferry.