ATP CEO Mark Miles has helped a lot to bring Tennis into the major limelight of interest.

His solid professionalism was again demonstrated when he arrived at the WTC Press Conference coming straight out of a plane feeling completely jet lagged, but still prepared to answer all kinds of questions with not only patience but also with an enthusiasm that showed how much Tennis does mean to it's probably most traveling representative.

To match a temporary decline of popularity since the disappearance of a Becker, Lendl and of course Big Mac and Jimbo, the ATP had introduced important changes to the world ranking system to make Tennis more understandable and exciting for the fans.

Somehow it had seemed, that Mark Miles was missing the old big shots, while the new heroes, except for Pete Sampras and Andre Agassi, had not created the big enthusiasm at that time.

Meanwhile in 2010 Tennis has seen the great Roger Federer age and the rise of Rafael Nadal.

Looking back at a very spectacular Match between Becker and Sampras, he was using the expression " it was like a war and probably the best match I have ever seen ".

Very sensitive had been Mark Miles' comment on Graffiti. 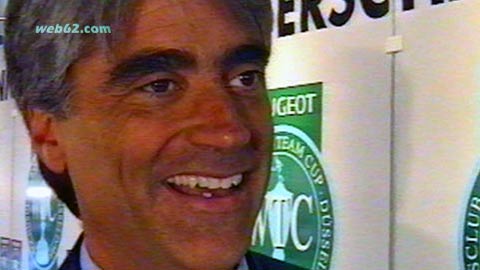 Graffiti at the Berlin Wall
Video 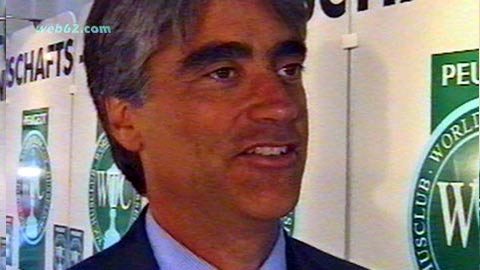