During the years of the NFL Europe the former Vikings player Doug Quinn had frequently traveled across the Atlantic to promote the visions and international expansion plans of former NFL commissioner Paul Tagliabue.

Within three video interviews Doug Quinn had explained, where the NFL was heading at that time and how they were looking at the League.

In one part of the video interview he also reflects on the vast achievements, that the broadcast deal with Fox Sports had generated for the NFL.

More teams, more players, more services on the Internet and perhaps an American Bowl were also mentioned in order to create a further growing interest in the NFL Europe League.

Privately Doug Quinn likes to keep an eye on those players, who are contributing to the teams outside the limelight, so that defenders and linebackers can be sure, that he is following their performance closely.

Predicting his Vikings to win Super Bowl XXXV had been a must for the Minnesota man and unforgettable remains their win in 1999 against the Dallas Cowboys. 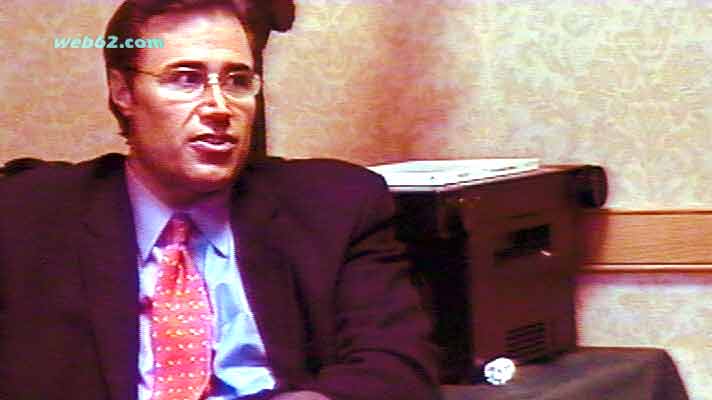 "If I could change the World" statement
Video

Interview part I about the roots of the Fox Sports and NFL collaboration, the German Kirch group meeting Murdoch, and the quarterbacks in the NFL Europe ...
Video